A U.S. Air Force HH-60 helicopter crashed while landing at night on Monday, August 5 in the Central Training Area of Okinawa. Unfortunately, one crew member perished and the other three survived as the wreck — partially made up of magnesium — burned up and caught some of the surrounding jungle on fire.
There was very little left of anything resembling a helicopter, but the tiny pieces of melted metal and few larger components totaled thousands of pounds. No military trucks could reach the crash site; it was 1/2 mile from the LZ through thick triple canopy jungle and roughly sloped terrain. The Air Force’s own HH-60’s and the local USMC CH-46’s and MV-22 Ospreys were not capable of performing the external pick-up of the parts. A CH-53E was required.
The exact area was on the 45-degree slope of a hill, so to provide the necessary clearance for the helicopter to be able to hover over the cargo, a nearly football field-sized area of trees had to be cut down. An extra long cargo pendant, also for rotor blade clearance for the trees at the top of the hill, had to be used and was obtained from the Japanese military. All of these complications led to a lengthy delay of the retrieval of the helicopter wreckage, while cultural friction built as some Okinawan civilians voiced their desire to have the debris removed from the jungle on their island.
HMH-772 finally sent a Super Stallion to recover the Air Force HH-60 wreckage on October 12, making over a half dozen externals to successfully bring the metal remains to an LZ with trucks waiting. 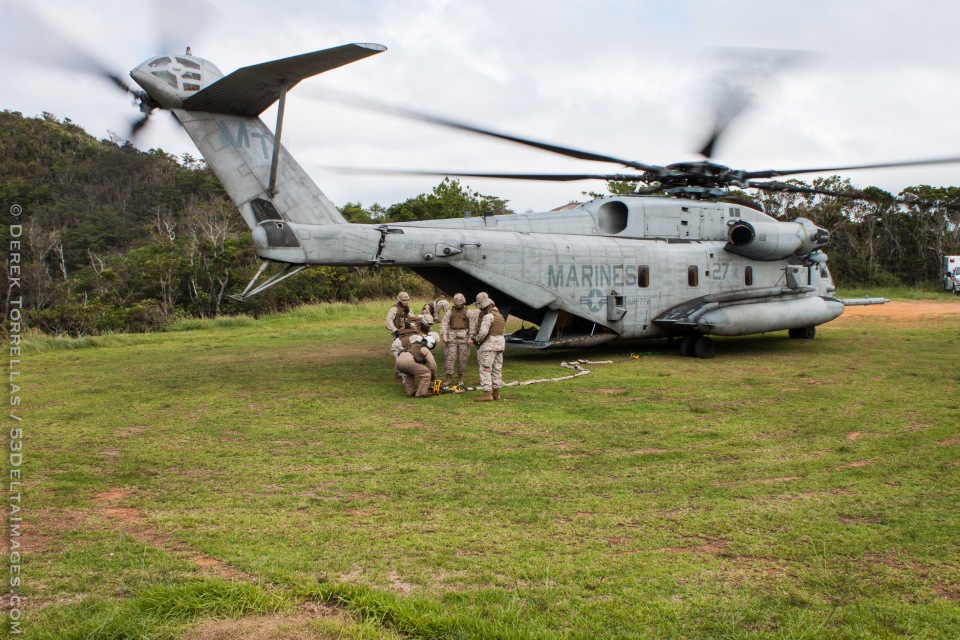 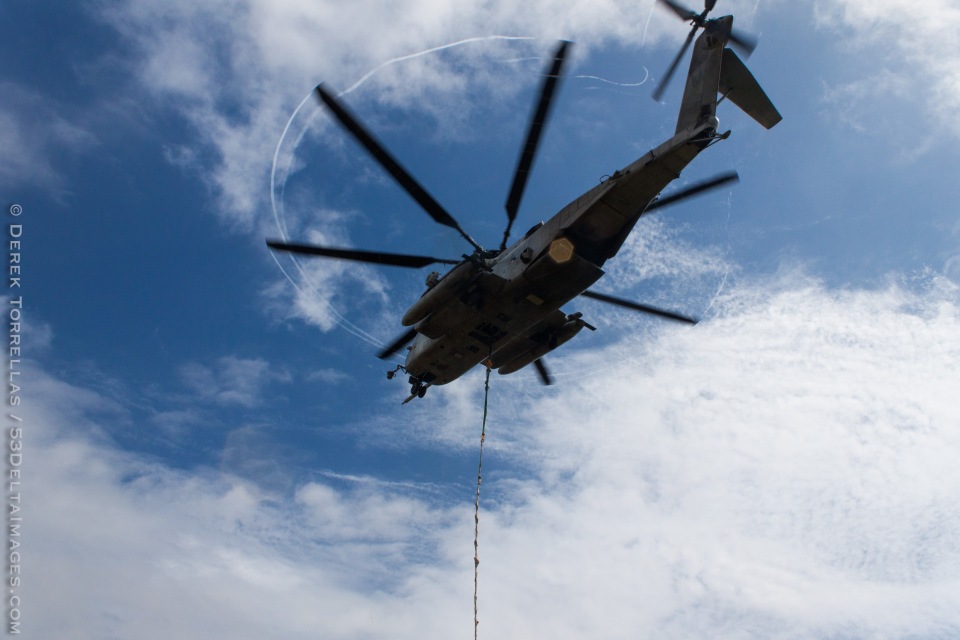 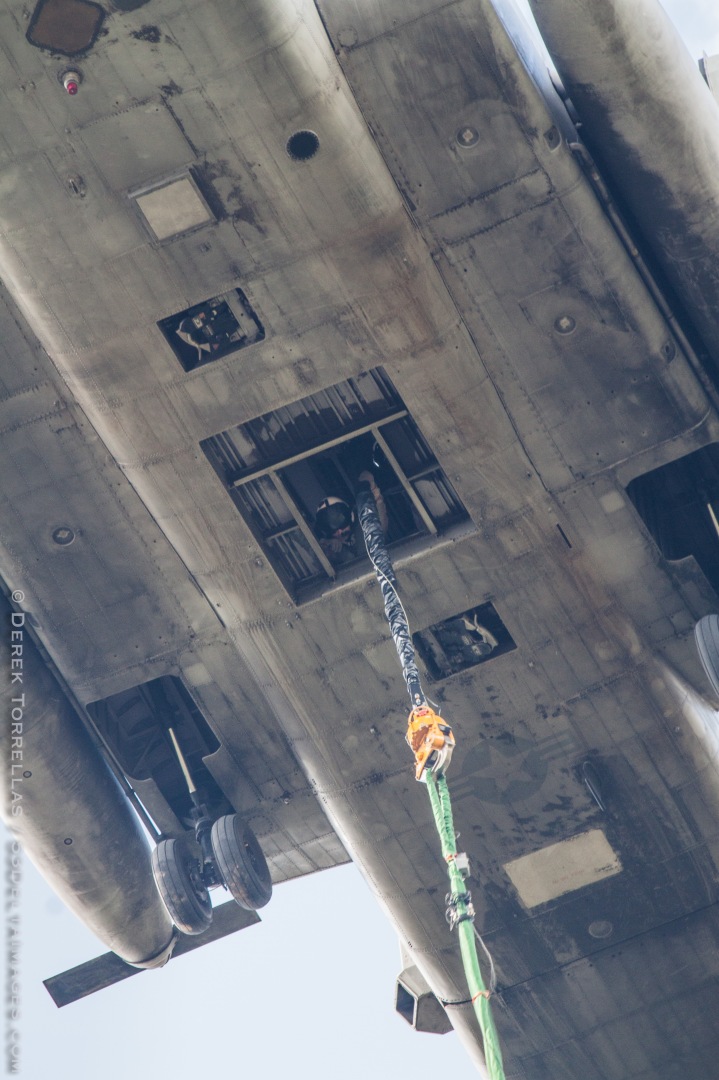 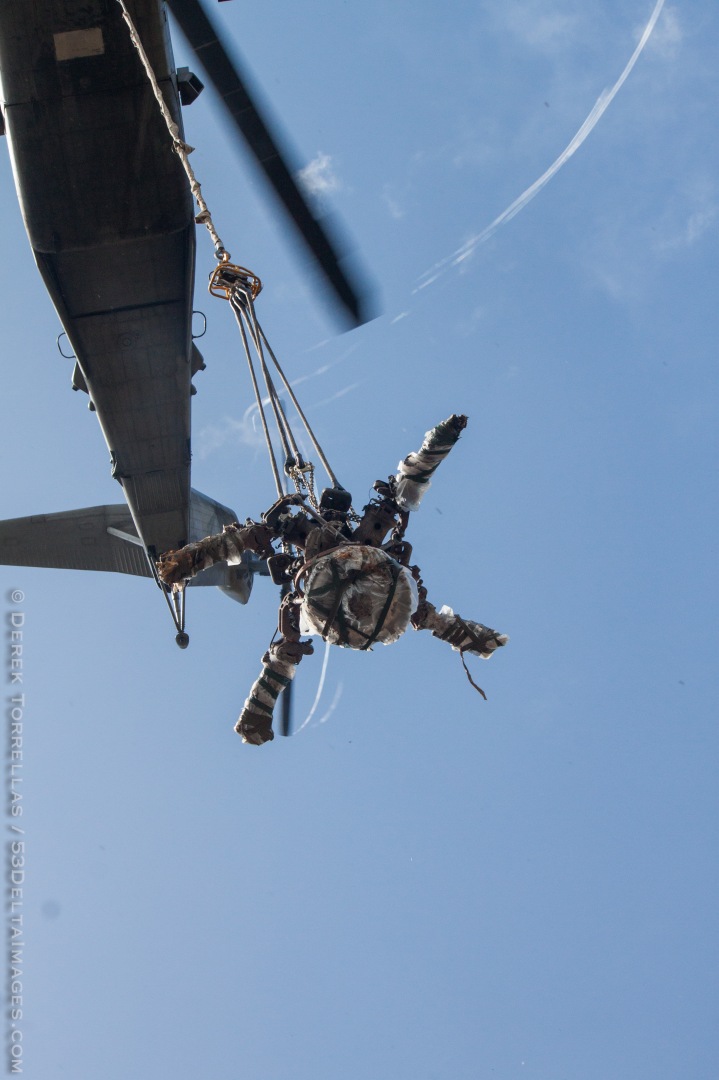 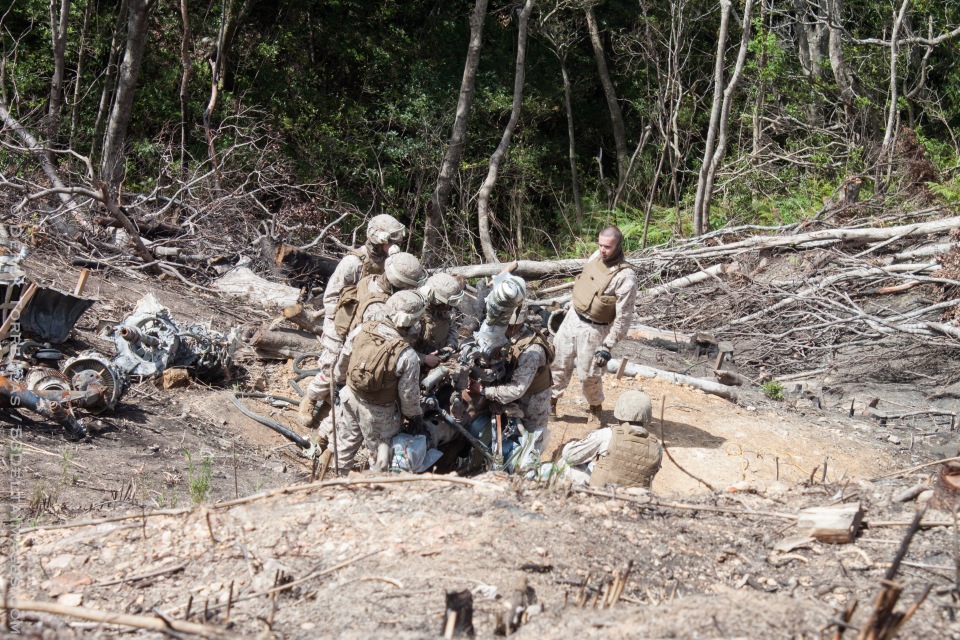 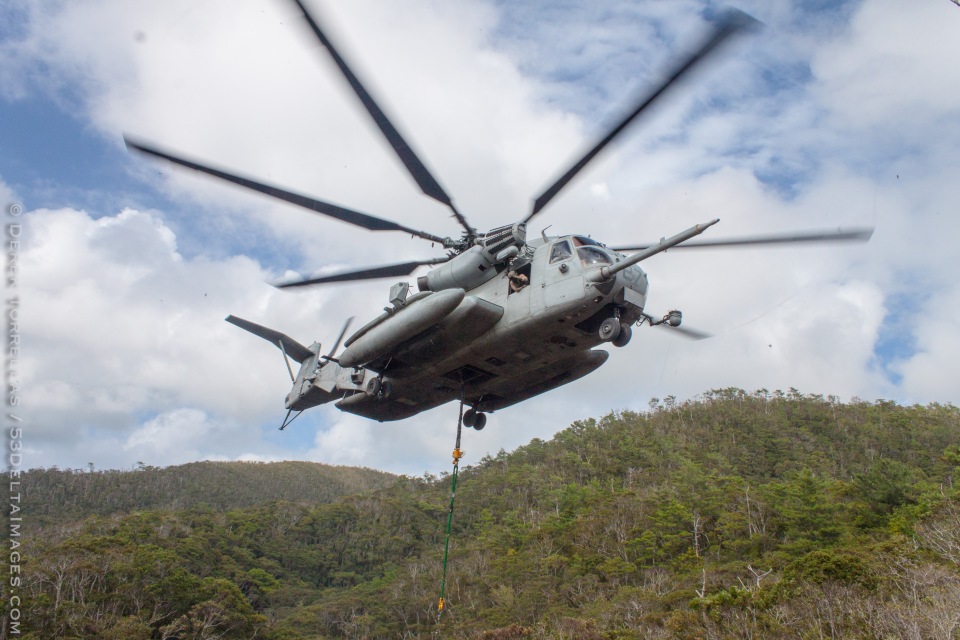 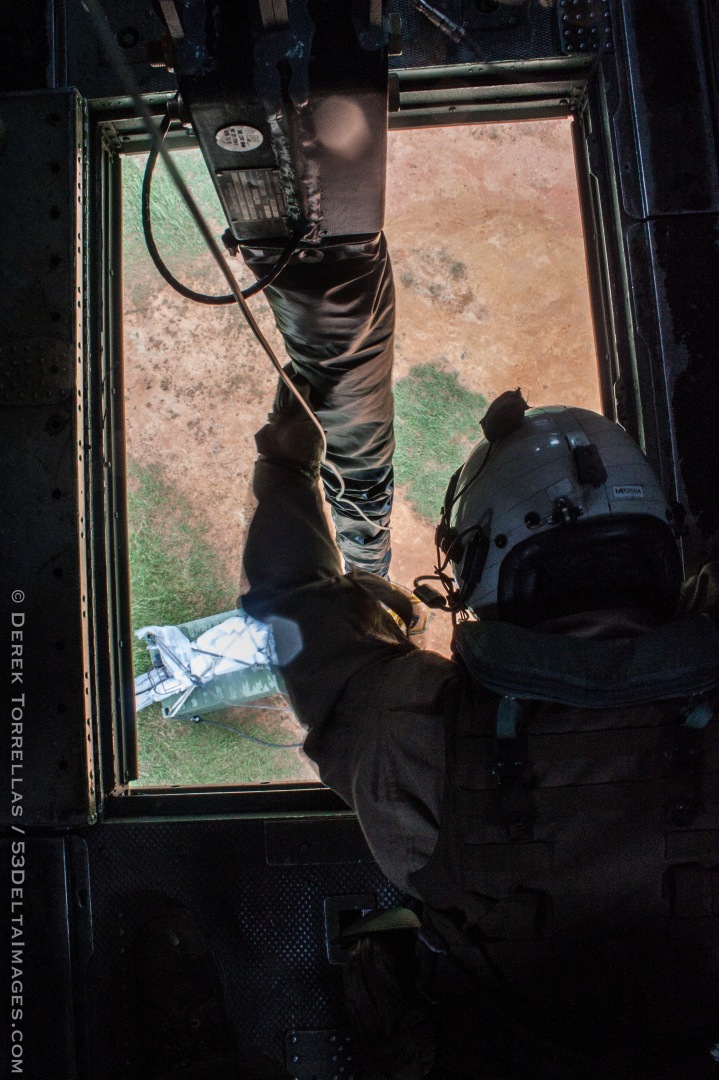 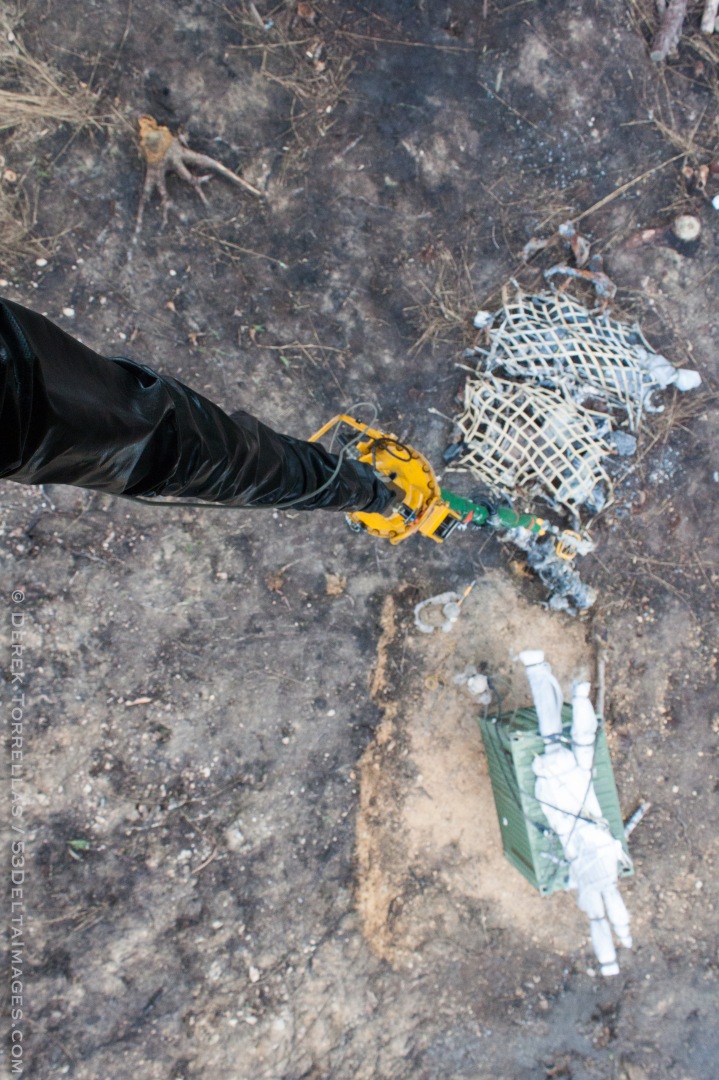 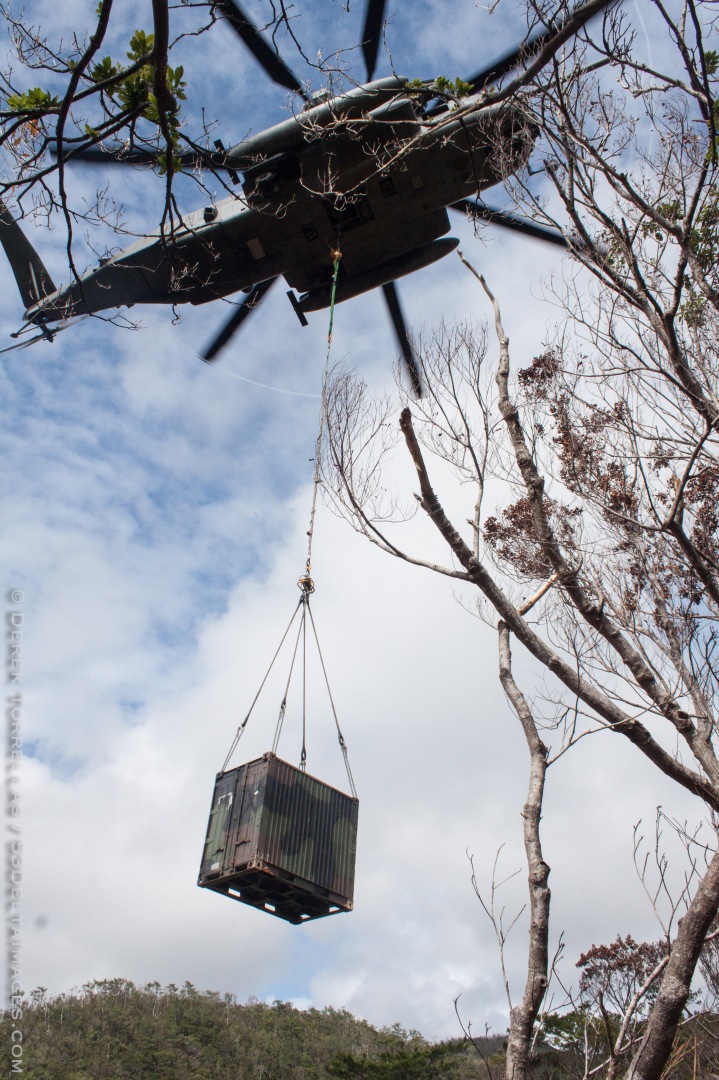 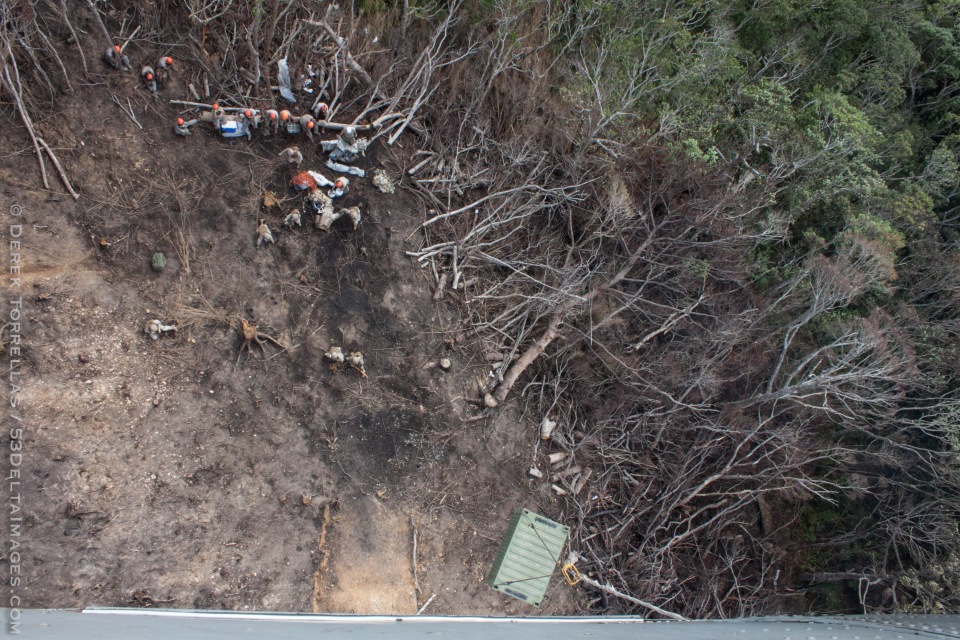 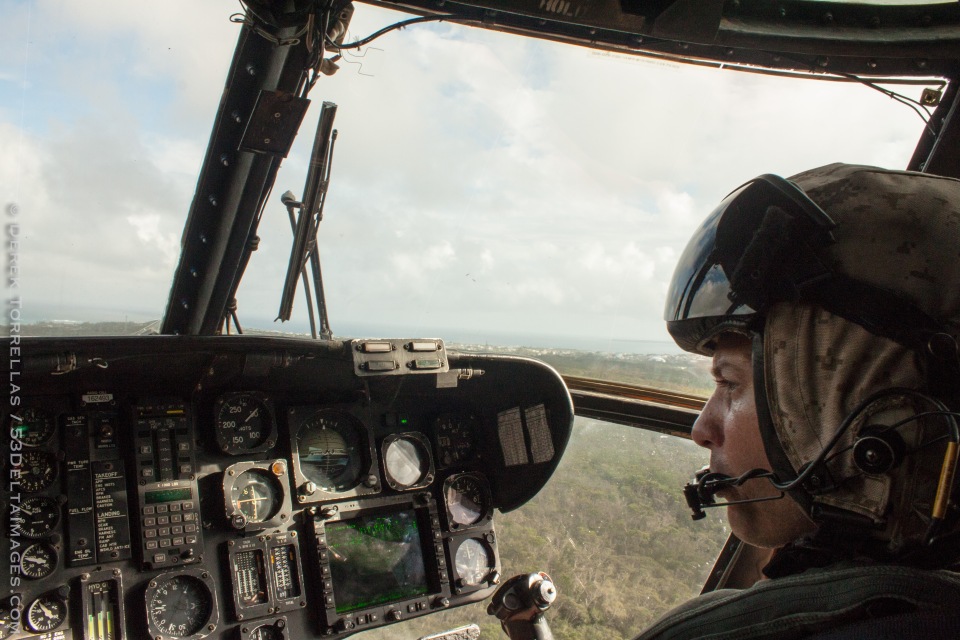