Several weeks prior I described how we found this somewhat isolated beach on Ikei Island, a small island connected to Okinawa by a bridge. Now  that we knew where it was, several of the guys from Flightline and I we prepared and packed up our snorkeling gear. The last time I was here, it was late in the evening during the fading sunlight. We left early and it afforded us ample opportunity to explore the underwater landscape stretching out from the rocky beach. Past thick seaweed fields were 10 to 20 foot deep coral environments, brimming with fish. Stanley and Medlicott didn’t come out of the water for about 3 hours straight, they were so involved in trying to catch fish with their spearguns. Stanley actually caught several colorful fish, his first and only other catch was months ago. Russell laid on the beach the entire time and despite my warnings, put only tanning oil on his lighter skin. We all laughed when his thighs looked like a lobster the next day at work.

Walking to a spot to drop our gear 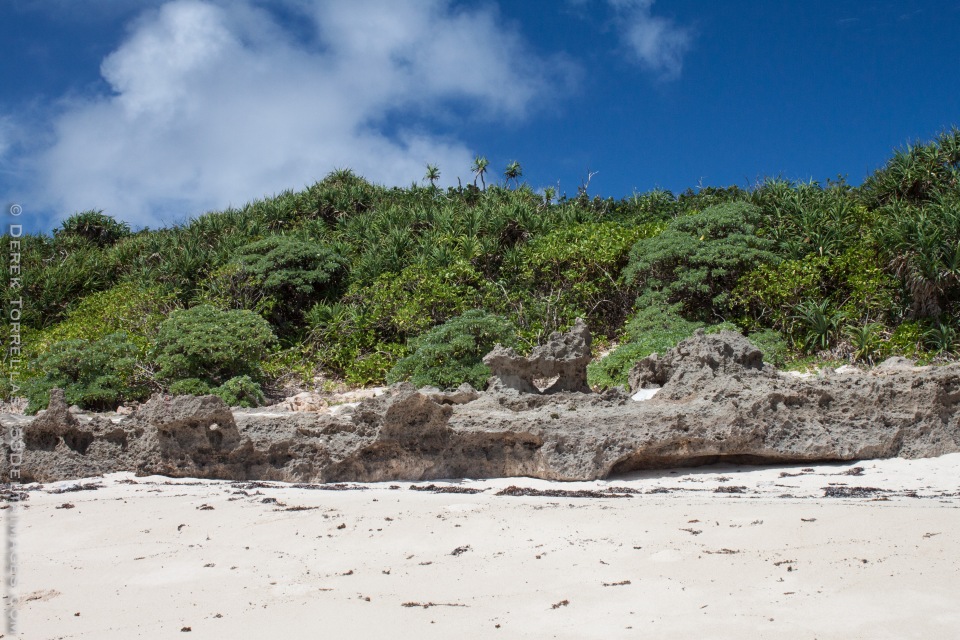 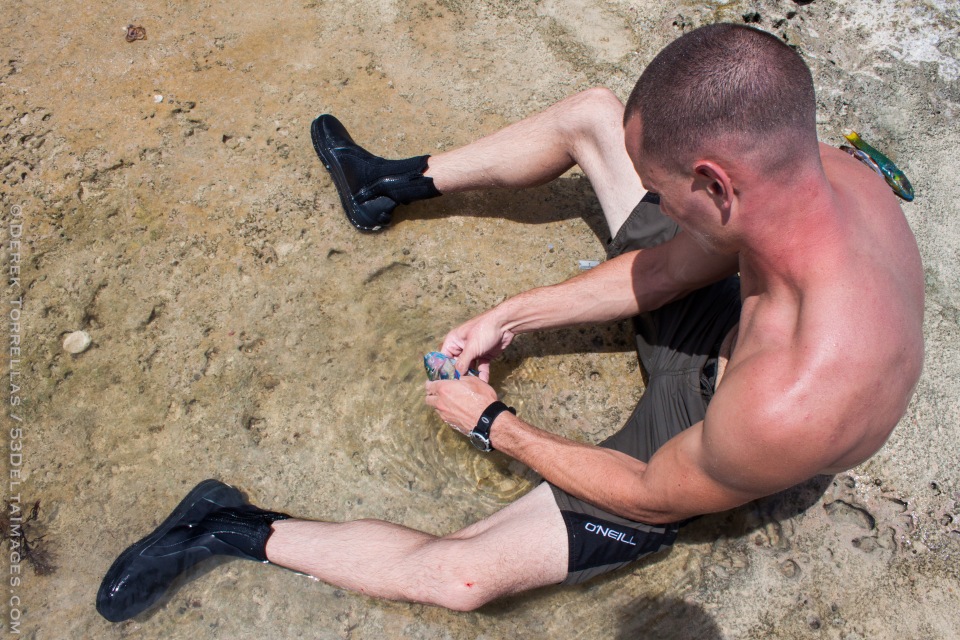 Stanley cleaning and gutting his catch of the day 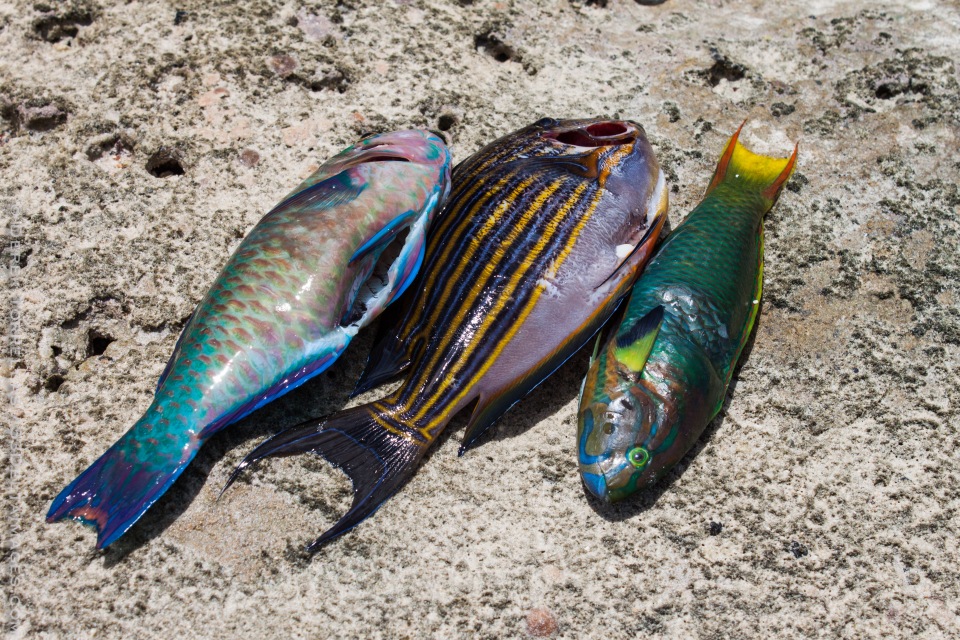