A group of girls wanted to have their picture taken, so naturally they were pounced upon by a dozen Japanese guys with cameras. I just wanted to be a witness to the hilarity.

A Banana Spider. Obviously not the scientific name for these arachnids that I see everywhere in dense jungle growth. This one pictured is actually on the smaller side. I’ve seen a few with a leg span equal to that of my hand with fingers outstretched. Once I almost walked headfirst into one (they blend in easier than you think), and they get kind of territorial and pissed-off, facing you and standing on their back 4 legs with the front 4 up and toward you. As big and mean as they seem, I would still take a Banana spider over a Camel Spider any day. 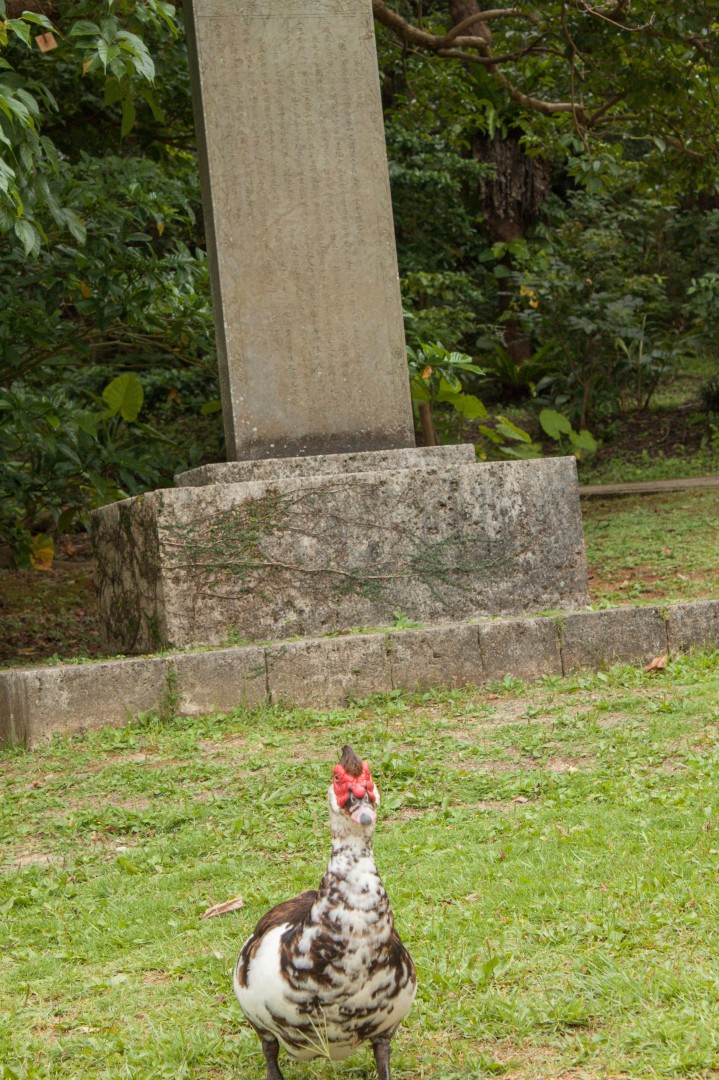 I only wanted to take a photo of the stone monument; the duck had other ideas and began his slow charge toward me. And why is his head half red, like a Turkey??

Habu Cats. Okinawa is full of stray, mangy cats. We started calling them ‘Habu’ cats within a week of our arrival. Habu really means the Okinawan viper snake, but dozens of things on the Marine bases are called ‘Habu-something’, like the Habu Pit (Staff NCO/Officers Club) and the Habu Trail (running path around the Futenma air base). The name stuck.