The name of the place is Ocean Expo Park Okinawa Churaumi Aquarium, but that’s a mouthful so I’ll just call it the Aquarium. Now that we have two personal vans for our Flightline shop, we packed them full and headed northward, then west to the tip of the Motobu Peninsula that juts out where the central third of the island meets the rural northern third. As the driver of one of the vans, I had a new appreciation of what school bus drivers put up with when driving unruly kids.

Since Okinawa is in the warm Pacific waters, I would not expect anything less than for the tanks to be filled with colorful and exotic marine life. Whale Sharks are one of the animals that dwell miles offshore of the island, and are a sort of mascot for Okinawa’s aquarium. Deep inside, there was an immense room that held an equally impressive tank that was large enough for several Whale Sharks to freely swim around and mingle with dozens of giant Manta Rays.

View of Ie Shima island from near the aquarium entrance

Posing on a Whale Shark made of flowers 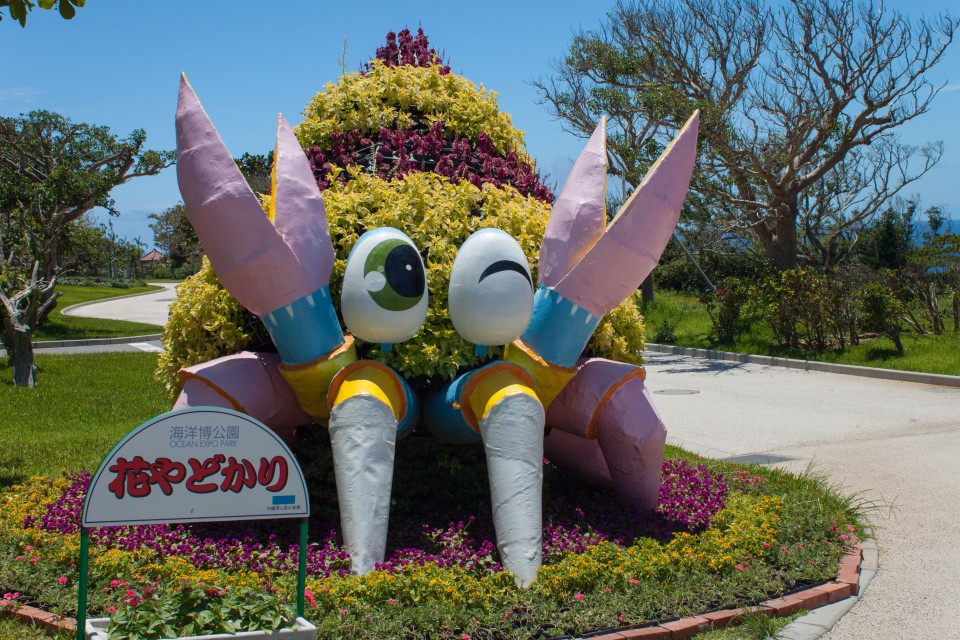 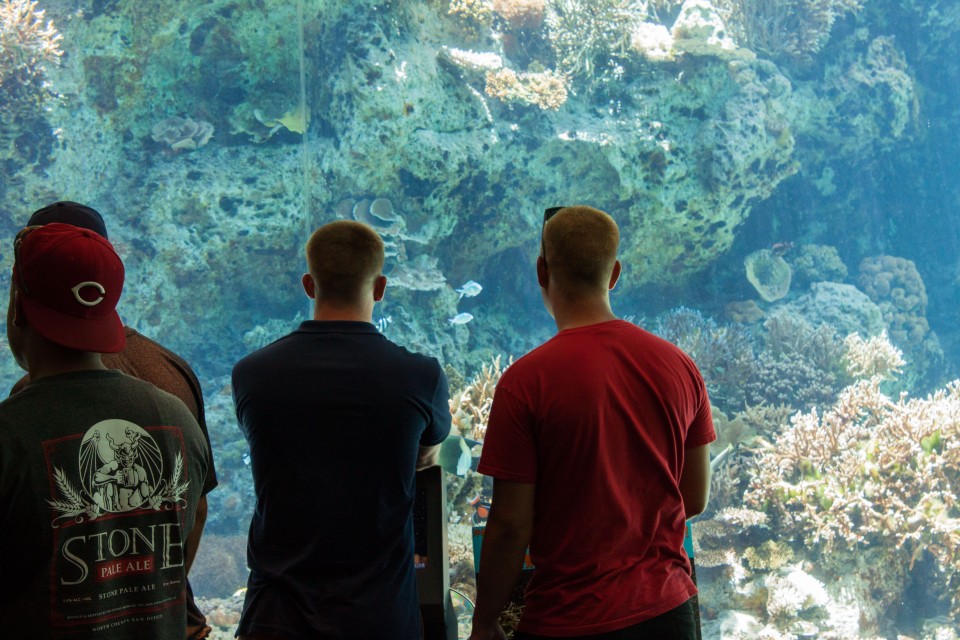 Some sort of clawless Lobster

Moments after I photographed this squid, I turned around and suddenly heard every Japanese person gasp with interest. When I looked back at the now crowded area around the squid, he had just inked. 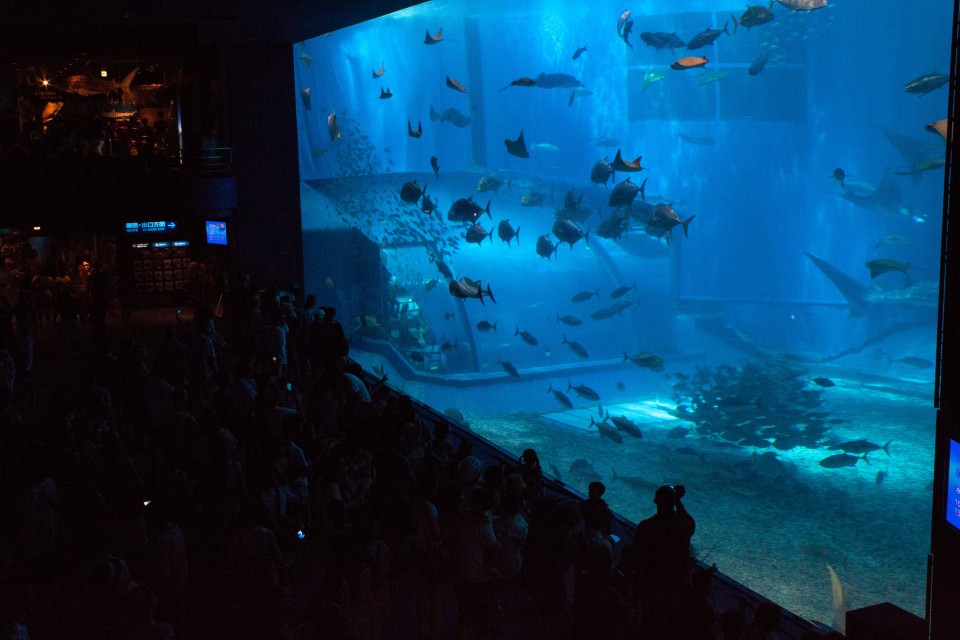 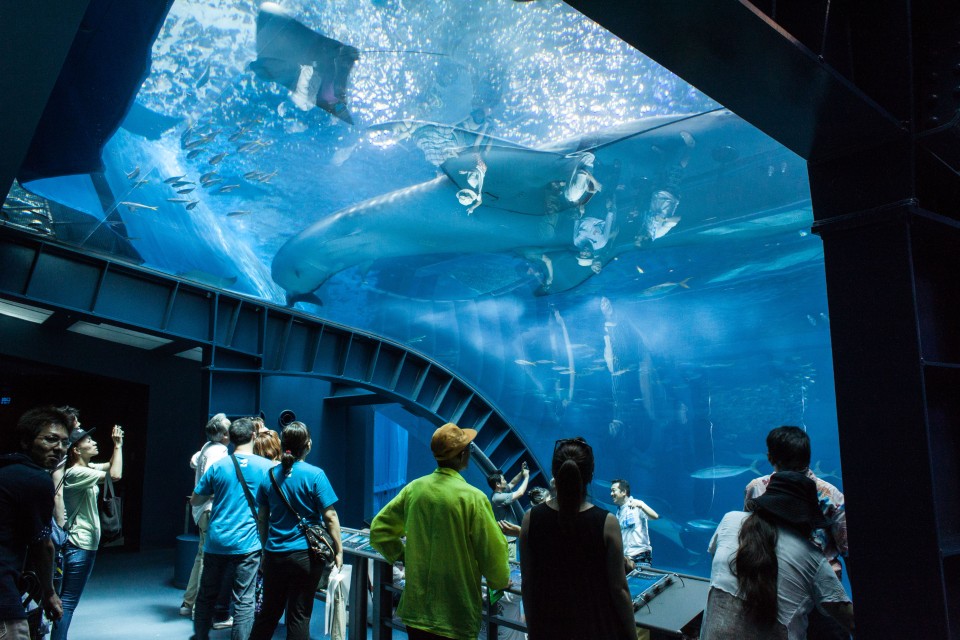