Got lucky (or as I later found out, unlucky) to leave a day prior to the rest of the squadron detachment with a very small number of people, since we were taking a heavier cargo of helicopters onto the transport plane. There was only 8 of us total: 2 from Avionics (Wooner and Labrador) and 3 each from Airframes (Trowbridge, Stinksy, and SSgt Hensley) and Flightline (myself, Barnes, and Gunny Longbine).

Once we got nice and sweaty waiting to get on the C-5, we ran around some more in the cargo bay checking the tie-down security of our 2 CH-53s, then sat down to icy air conditioning. Hensley provided me with a sleeping pill while we were waiting to take-off, and the next thing I know, I wake up a few hours into the flight. Apparently, as the C-5 was taxiing to the runway, I was carrying on a conversation with Hensley and Gunny Longbine and then I was quiet for a minute so they looked over to find me slumped over in my seat, out cold.

Wooner, waiting, in the Passenger Terminal 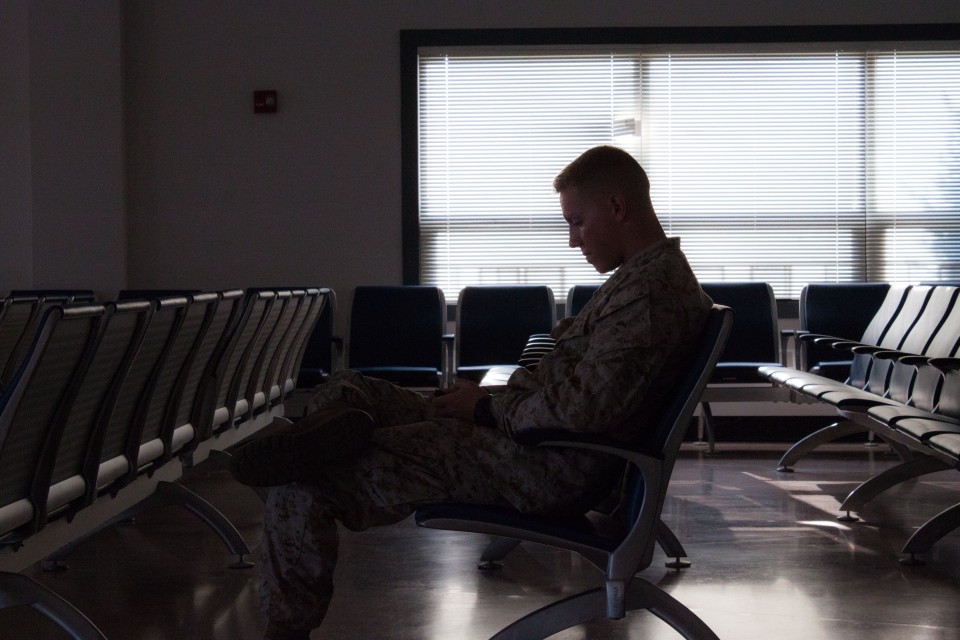 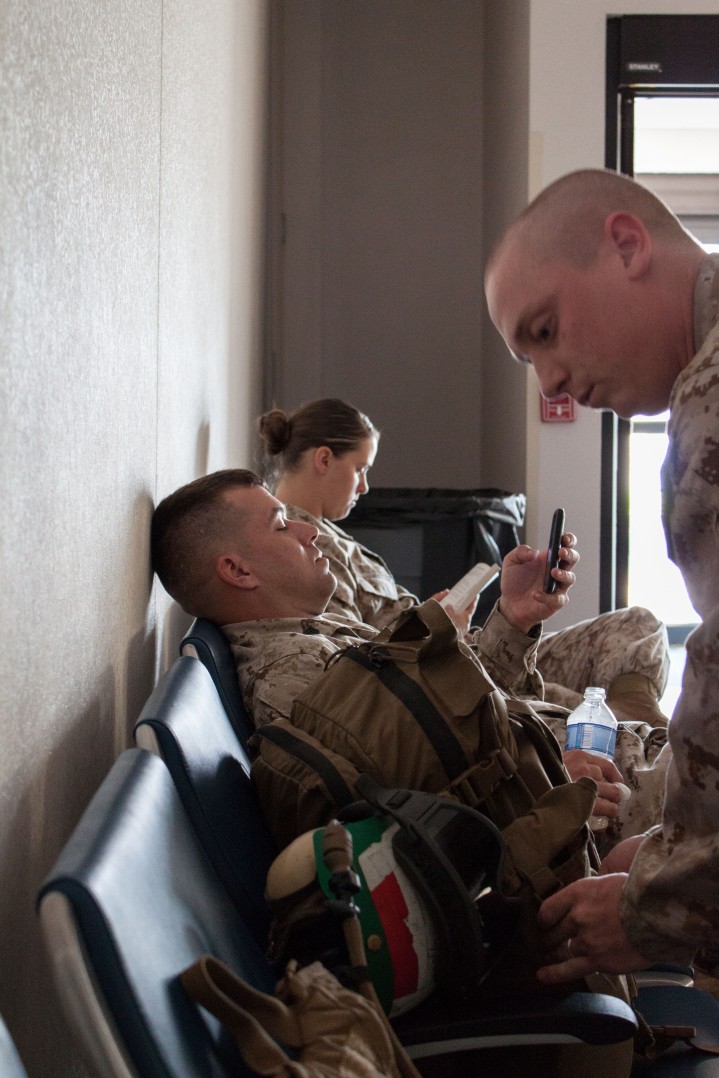 The Airframes contingent: Trowbridge (in the foreground), Hensley and Stinsky

Longbine and Hensley with “RJ”, one of the Air Force loadmasters